Here is just a showcase of my 2200 or so points Numidian army in battle formation. I can't take decent ARMY photos with my cheap digital camera or it can be my almost non existent photography skills. Therefore I asked my friend Alan to take photos with his much better camera and skills.

My Warhammer Ancients Numidian army composed of lots of cavalry, of course. Because of light cavalry nature of units I had to figure out the way to easily distinguish different units in clouds of skirmishing horsemen. I also didn't want to paint my units in uniform as it would be un-historical. So, I decided to just give my cavalry units uniform shields and one unit even has red dyed hair. All the models from Old Glory. Only few high command figures are from Crusader.

Elephants are toy store beasts. During the creation of this army no manufacturer made Numidian elephant with trunk up and I had to improvise. Crew came from Rafm and RalPartha, howdahs were hand made from various materials. 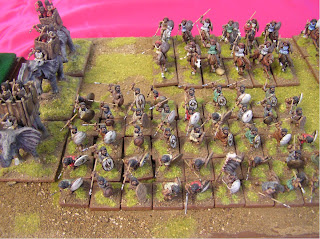 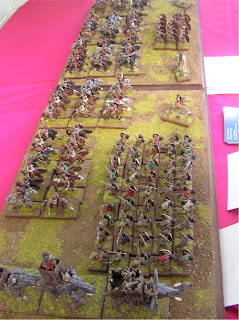 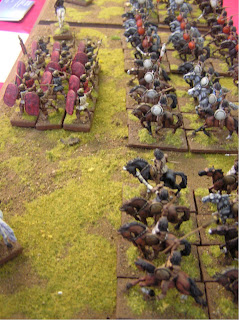 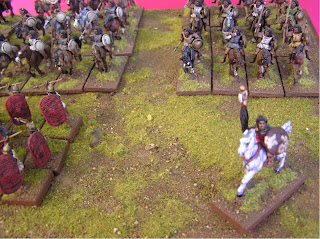 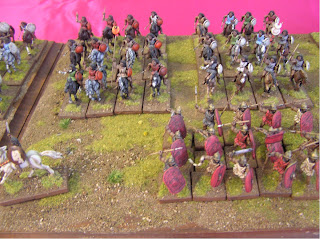 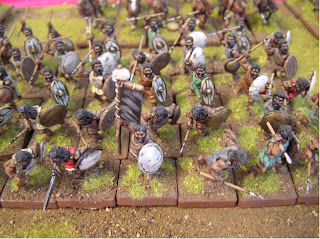 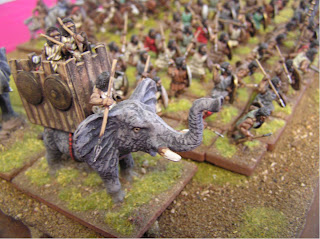 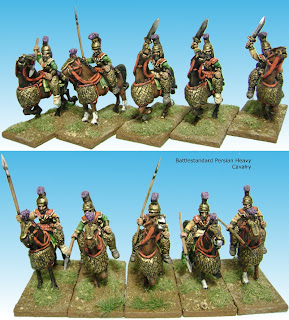 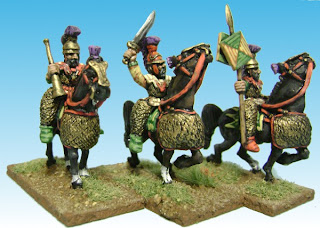 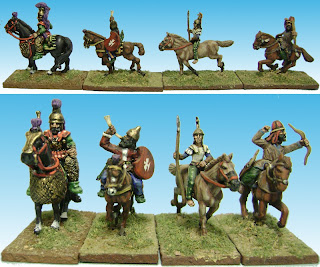 Posted by IGWARG at 9:17 AM No comments:

I had an opportunity to paint some Old Glory 16th century religious wars cavalry and Eureka conquistador cavalry, 25 or 28mm. Figures can be mixed together in one army as they belong to the same period. I'd say 1550 to 1625, give or take.

Eureka mounted arquebusiers from their Conquistadors range. I was asked not to base the figures. There are 2 poses. I wouldn't be much off if I said that those are some of the best miniatures I ever painted. Horses and general sculpting is very similar to Perry miniatures style. Details are thick enough and raised enough to make it easy to paint. Body proportions are nice, not too small, not too large. Riders fit very well on horses. 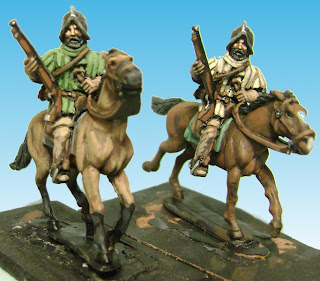 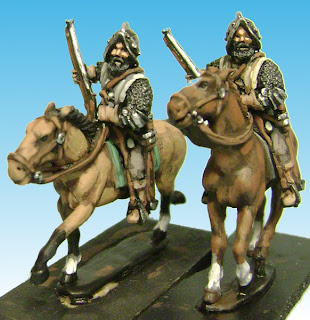 Old Glory figures are very nice, not as nice as Eureka though. Sculpting is more basic, for riders and horses. Nevertheless Old Glory mounted arquebusiers or petronel men came out very well when painted and were easy to paint. Horses and riders fit well. Weapon hands are separate and it's advisable to drill arm hole deeper rather than cutting hand sprue shorter. 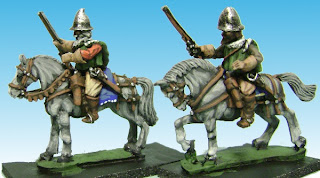 Below are comparison between Eureka and Old Glory. In my opinion they can easily be mixed together in the same army if not in the same unit.