I am in a process of painting 25mm Pulp style aliens from Blue Moon for one of my clients. Following are my thoughts on painting them and photos of finished models. Blue Moon models come in separate blister packs for every race, but their heavy equipment crew come in a single pack with 2 poses and various alien heads for different races.

MERCURIANS
Not native to a planet Mercury, planet is just too close to the Sun for any kind of intelligent life to evolve there. No one knows of their true origins. Mercurians live in underground caves, but travel on a surface. Planet is rich in Mercury. That's why I chose to paint their skin black, their Greek looking uniforms white, their weapons and helmets mostly silver. 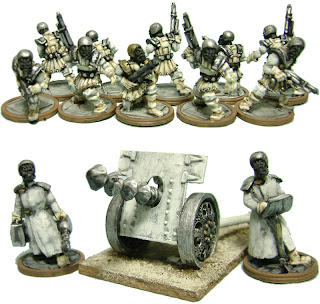 VENUSIANS
Venusians live on a planet that rich in plant and animal life. Climate is warmer that on Earth and jungle covers the majority of the planet's land masses. Venus is rich in precious metals and radioactive elements. Notice more "alien" appearance of the gun. I decided that it will look better than WW2 AA gun it resembles when assembled correctly. 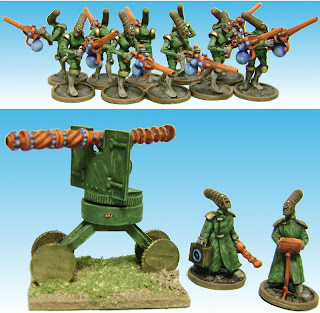 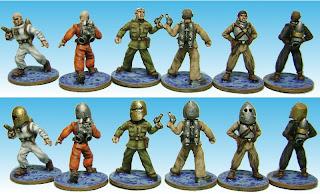 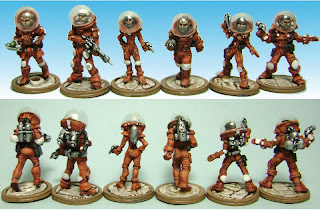 MARTIANS
Mars is a planet that is poor in almost any kind of resources and as a result Martians are most aggressive of all Sol spices. They worship God of War. Figures have futuristic looking Greek style helmets and guns. I thought that golden armor, green weapons and red uniforms will work great for the models. I also found German flag background in my photo shop program that suits martian background. 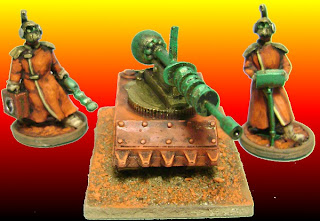 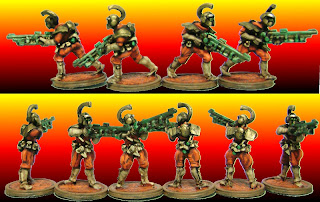 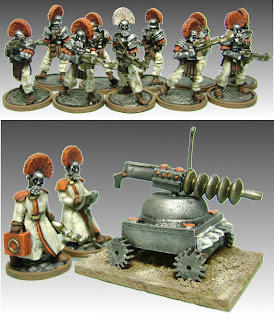 I am through about half of them. More to come soon.
Posted by IGWARG at 4:29 PM